AHEPA, the largest Hellenic Association in the world, held its 62nd National Convention in Brisbane from 8th -15th October 2016.

With an aim to promote Hellenic culture, language and attributes of Hellenism in Australia for the benefit of all Australian Hellenes, the association raises funds for charitable organisations and welfare appeals, emphasising on medical research, the needy and the sick, and the care and welfare of the aged and disadvantaged of our society.

On Sunday 9 October the official opening took place at the Greek Club, with the main address held by Ioanna Malliotis, High Commissioner of the Republic of Cyprus of Australia.

Mrs Malliotis was also a guest at the Sunday night book launch for Greek Cinema Across Australia – Behind the Scenes by Peter Yiannoudes, which was held at AHEPA Hall in Brisbane.

In his book, Mr Yiannoudes recounts many stories and experiences, encompassing more than 50 years in the entertainment industry, especially in the Greek Australian communities and beyond.

This historical account of the development of Greek cinema in Australia and New Zealand was mainly due to the detailed archival resources that Peter has accumulated over such a large span of time spent living and breathing films and cinemas.

Mr Yiannoudes also answered the nostalgic need, especially of the early Greek migrants living in Australia, of having ongoing contact with their own culture and homeland. Greek films in the ’50s and ’60s especially answered such a need.

Justice of the Court of Appeal of Queensland Anthe Philippides, Honorary Consul-General of Greece in Queensland Jim Raptis OBE and Mrs Helen Raptis, Michael Anastas and Mrs Anastas, Stathi Zambas and his wife, research manager Dr Sia Athanasas and senior scientist and laboratory manager at the School of Medicine, The University of Queensland Burns and Trauma Critical Research Centre at the Royal Brisbane Womens’ Hospital Dr Stephen Wallis were among the esteemed guests.

Meanwhile, the state council president, Dr Voula Castan, presented a cheque for $2,000 to Dr Athanasas and Dr Wallis. This donation will go towards developing micro sampling devices that are crucial to the antibiotic studies in sick children and babies with infections. It will enable them to formulate suitable dosing regimens of antibiotics in severely ill children. In doing this they are working towards better outcomes for sick children and their families.

AHEPA will hold the 63rd National Convention in Melbourne in 2017. 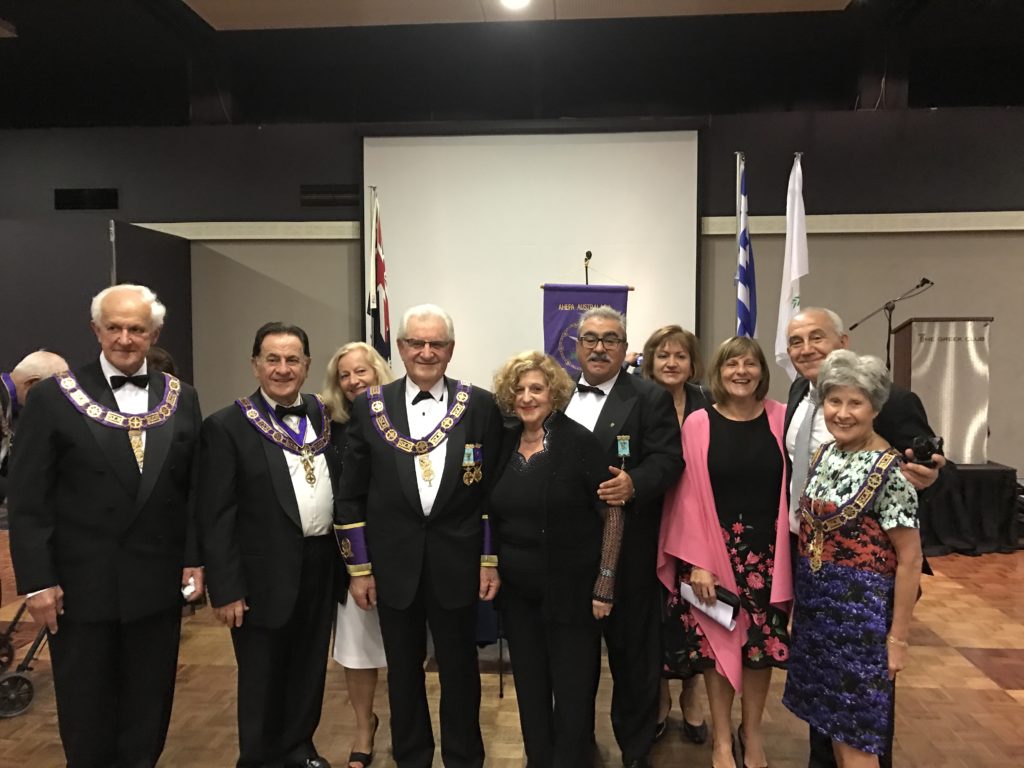